Typical, finally manged to get out for walk and it chucks it down all day. Not only did it chuck it down but there was also a howling wind across the tops. On the plus side it was mild for mid December and it was still great to get out on the hill again, first time since my birthday in October. Another major plus this was a really good test of my Paramo kit and both Jacket (Pasco) and Trousers (Cascada ii) stood up to the elements extremely well, so not all bad.

This walk started and finished from the Llanthony Priory in the Vale of Ewyas, in the Black Mountains. The route up from the priory was extremely wet and slippy in the lower farm fields, thankfully no falling over (more on this later). Once we got up onto the Offa's Dyke path the wind was noticeable as we headed north past the trig point at 610m. 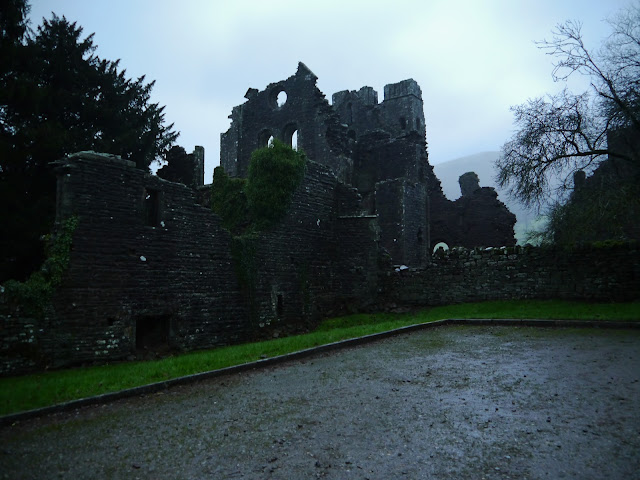 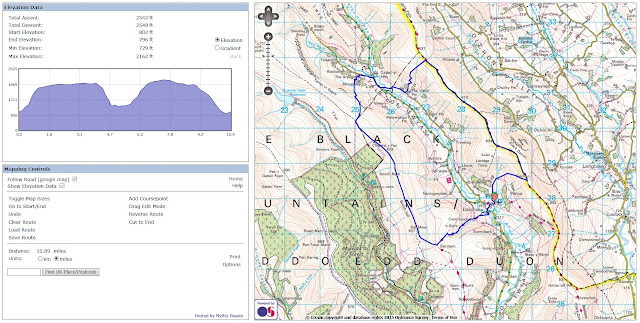 We then headed back down into the valley to Capel y ffin however first before we reached the village we had to negotiate the slippy and treacherous descent. I put the camera completely away in teh rucksack at this point as it was not worth having it out, it was just to wet and besides no views were on offer today.

During the descent I was happy with my progress having negotiated what I thought was the worst parts only to have my exuberance well and truly brought down to earth with a bump in fact about 4 bumps as I hit the deck plenty of times with my footing just going on the slippy grass, it was all at low level and nothing dangerous in fact the only thing damaged was my pride, but equally it was very funny and I wasn't alone as we all came a cropper at some point on this section, It wasn't over yet next a 100m trudge trough a tree lined bog so no escape, there was nothing we could do except man up and just go with it. When we finally reached the road, we all looked a complete mess.

We then headed up past the monastery onto ridge which runs along Bwlch Isaf to Bal-Mawr (607m) now up here on the ridge the wind really did batter us, I'm sure the views would have been fantastic from up here and although the visibility was hardly anything I was still surprised how much of ridge it was in certain places I would like to go back and do this ridge again in clearer weather to appreciate it fully. After Bal-Mawr we then reached a distinct cross roads of paths from here we headed down Cwm Bwchel back to the Priory. Again I negotiated the slippy descent well until we got into the lower farm fields were yet again my footing just went from under me on a slippery slope this time I proceeded to slide another 7-8 ft down with my kit covered in mud! It was hilarious, Bambi on ice. 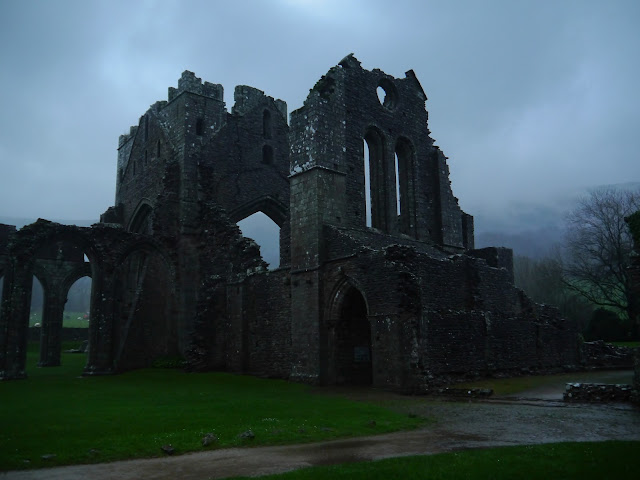 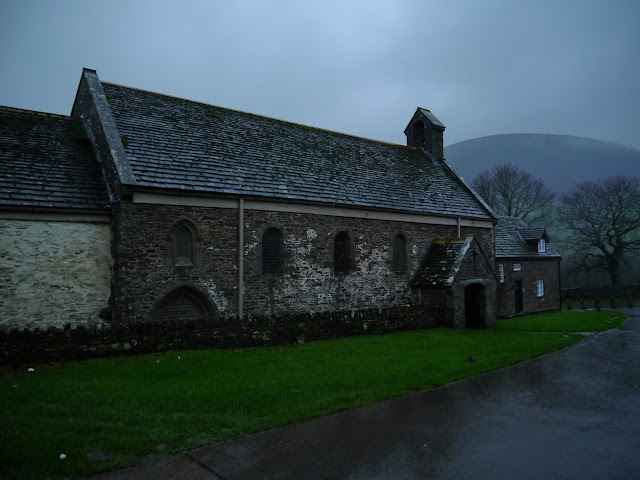 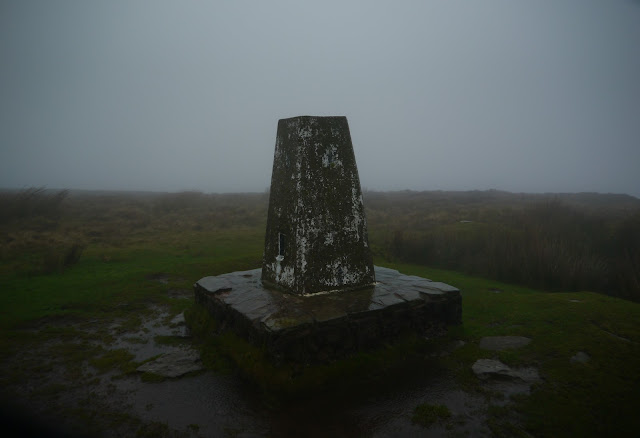 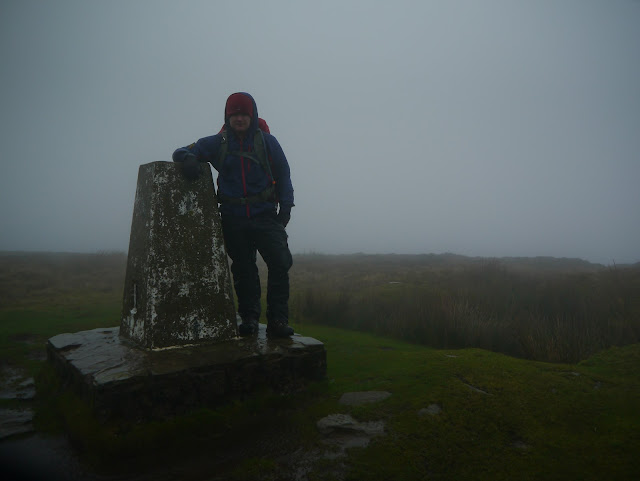 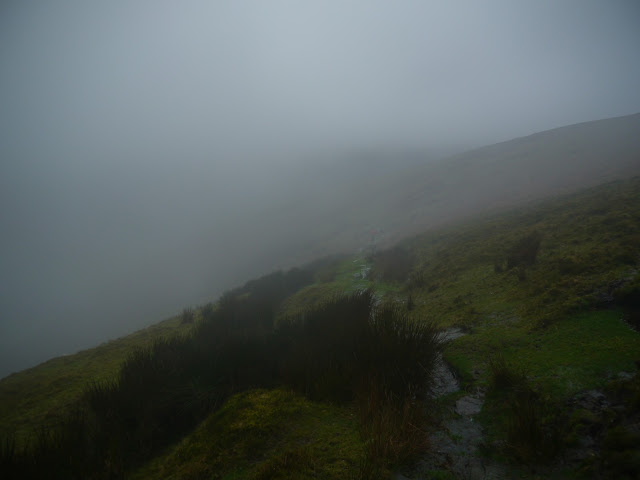 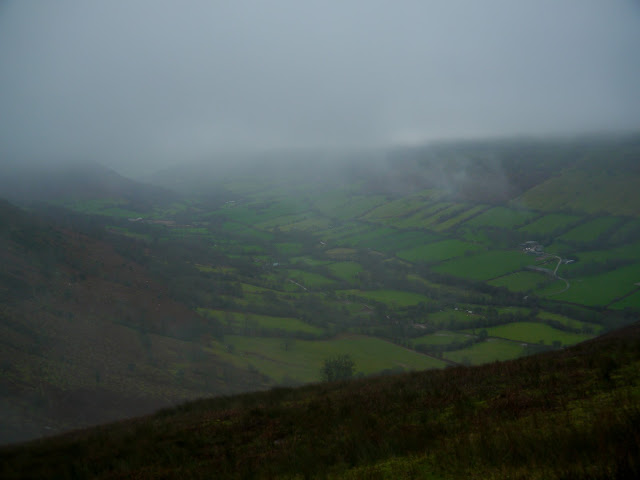