Black Mountains Wildcamp with my Youngest

On Friday my youngest daughter and I headed over to the Black Mountains for a wildcamp, she had literally just broken up from school and we (actually she, as this was her idea) decided to start her summer holidays with a mini adventure.

I rushed back from work collected her and the gear oh and Megan our dog and set off for Hay on Wye, well to be precise the car park on Gospel Pass at the foot of Hay Bluff.  It was a lovely evening albeit a tad blowy as we left the car behind and set off up the steep path onto the escarpment. We walked along this towards the top of Gospel Pass admiring the far reaching views in the clear evening sky, stopping to take advantage of the views with the camera. We then dropped down on the Gospel Pass being a keen cyclist I now want to bike up this pass and my mind went into overdrive thinking of possible routes to encompass this road. 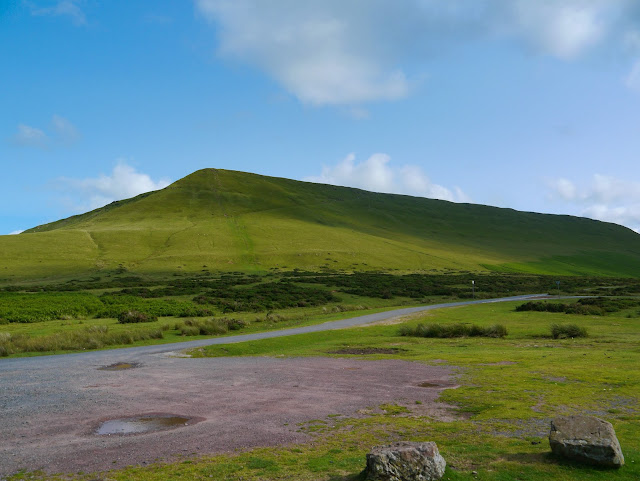 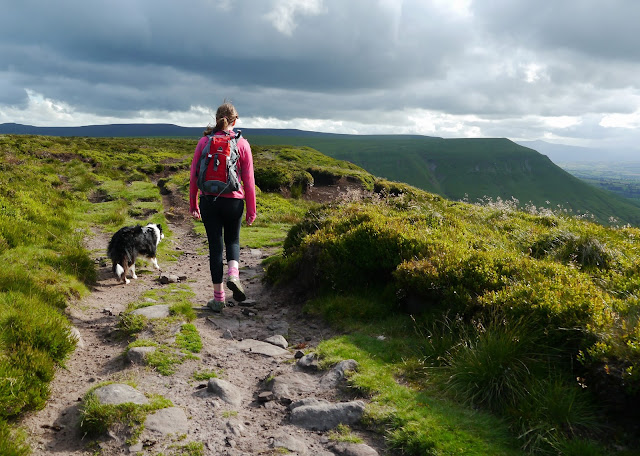 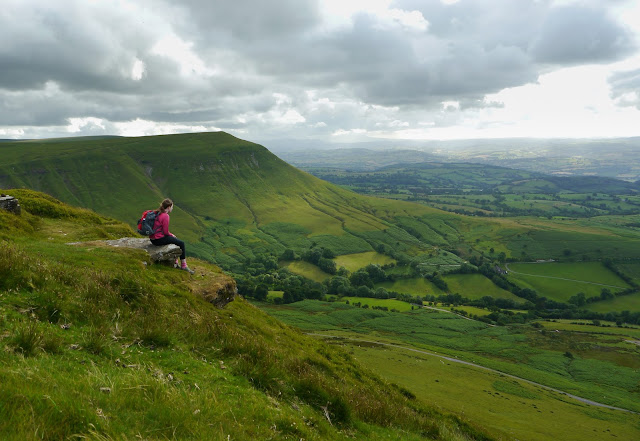 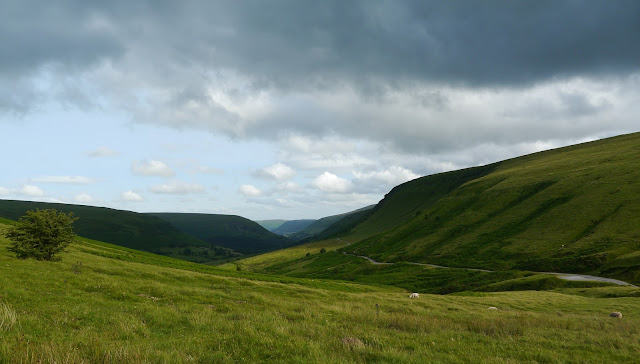 We then made our way slowly up onto Twmpa or as it is otherwise known, Lord Hereford’s Knob which caused much amusement to my daughter. The wind on top of Twmpa was fairly strong so we quickly took a few photos and continued on, dropping off the summit we then encountered a wild pony and it’s very young foal, it was really cute and was inquisitive especially of Megan it just wanted play with her. It kept running around us in a playful manner I must say it was a heart-warming encounter, Megan as usual was not interested in it at all and in fact the only thing Megan cared about was a stick which she found early in the walk and was still carrying. The pony’s mother was equally not interested and kept her head down munching on grass the whole time. We left them be and carried on taking a path leading down the Nant Bwch to our camp spot, this is a well-used wildcamping spot, In fact this was the second time I have used it myself, a very nice location by the river and a small waterfall. 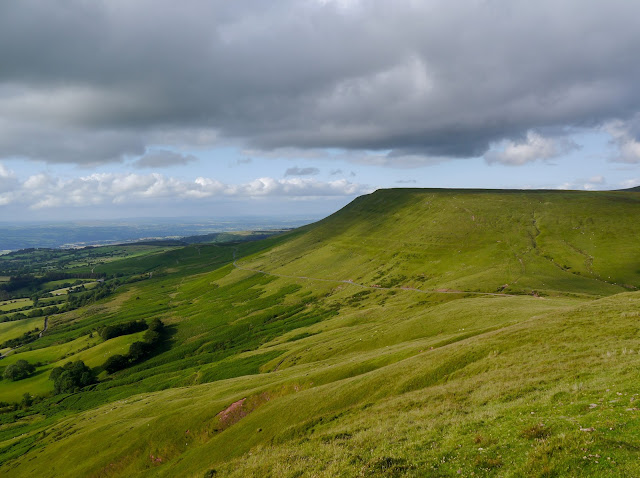 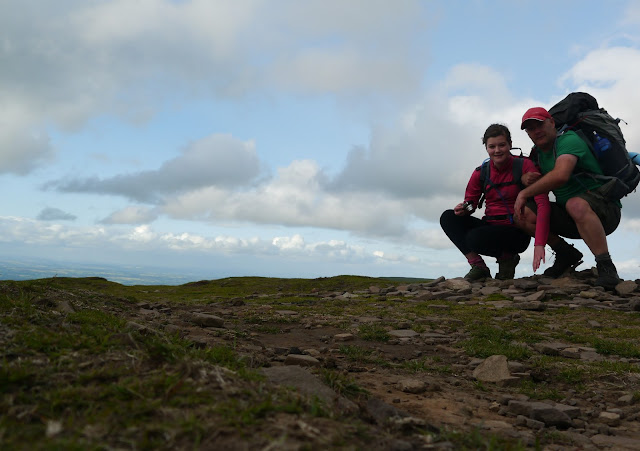 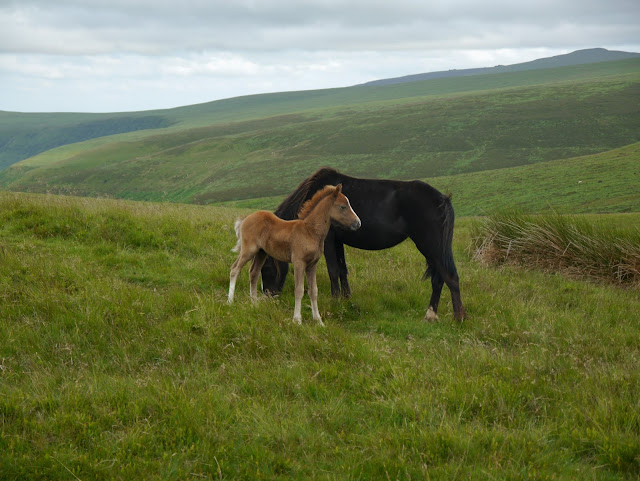 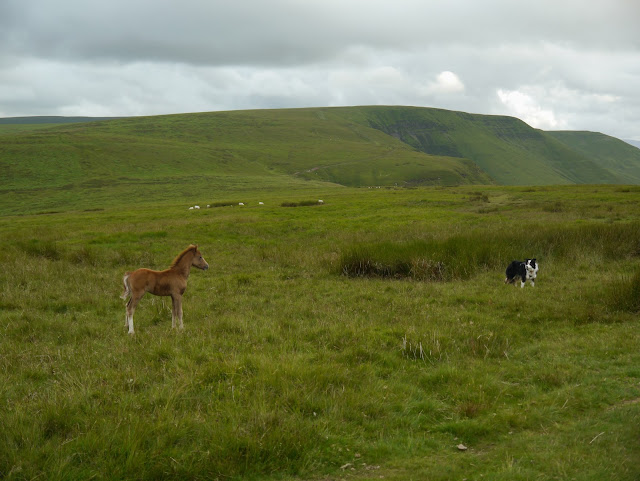 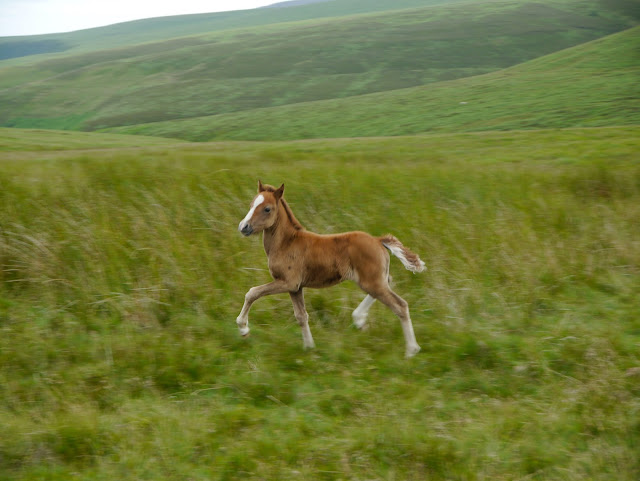 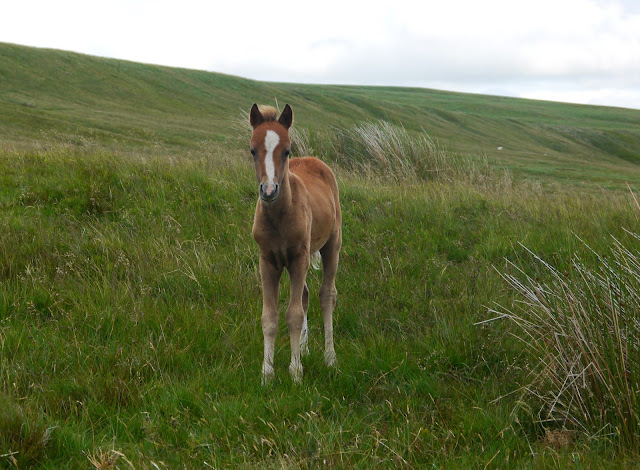 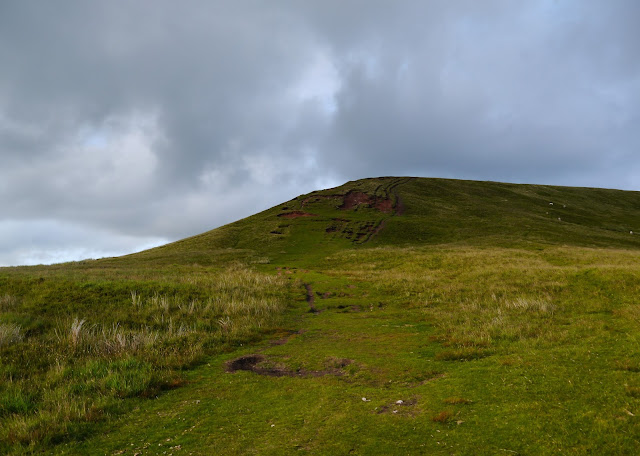 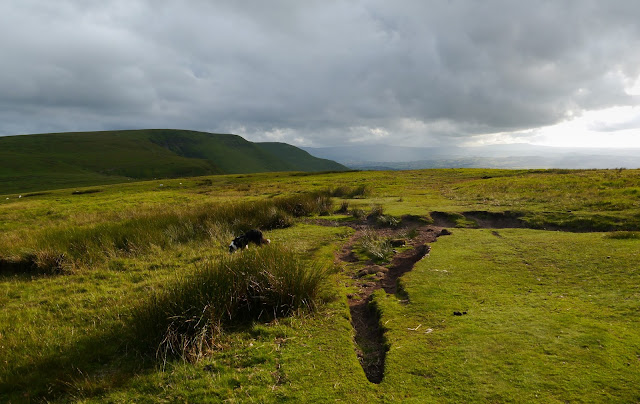 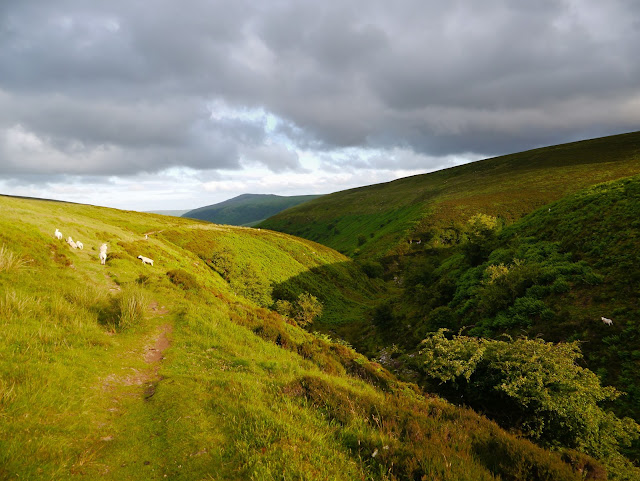 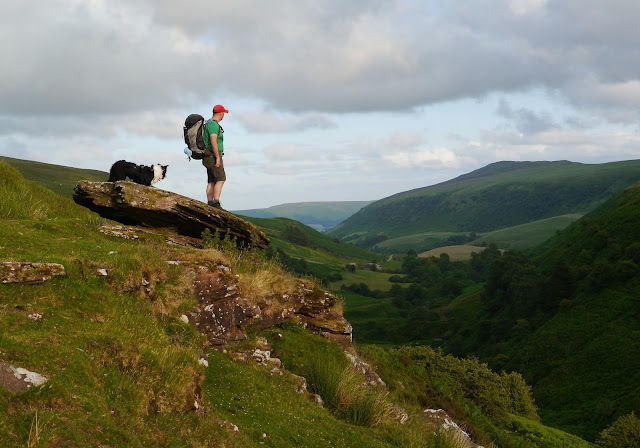 We set up camp and cooked (Wayfayrer- Meatballs & Pasta) our dinner before having a little explore around the area close by then turning in for the evening. We woke early with Megan insisting on going out, I opened the tent expecting her to do a wee but oh no she wanted that stick!! Obviously she had been dreaming about it. So after a while of trying to ignore her she eventually won and we got up. Because of this we had packed up and left the camp spot at 5:59am, MEGAN!!!! We retraced our route back to the Gospel Pass passing numerous pony’s but this time we walked back along the road to the car and left for home, which we arrived at before 11am so we still had the whole weekend ahead of us. 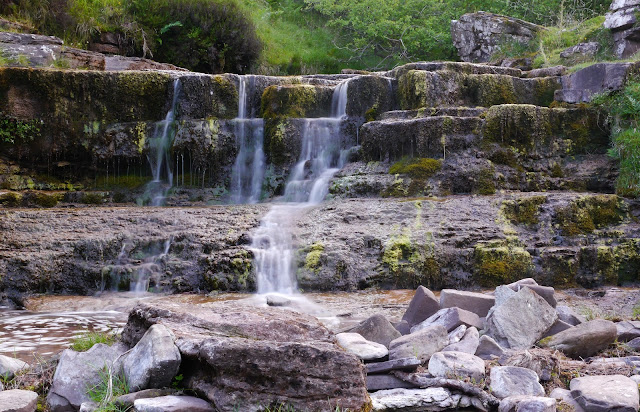 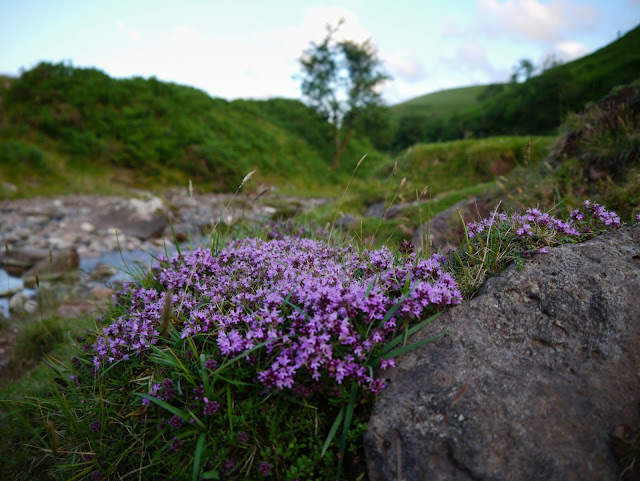 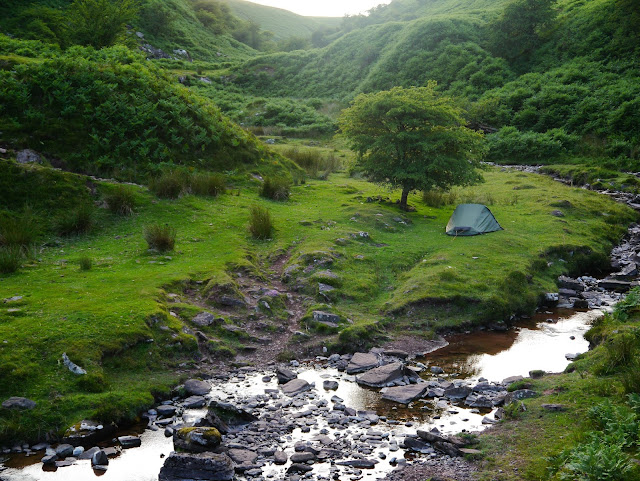 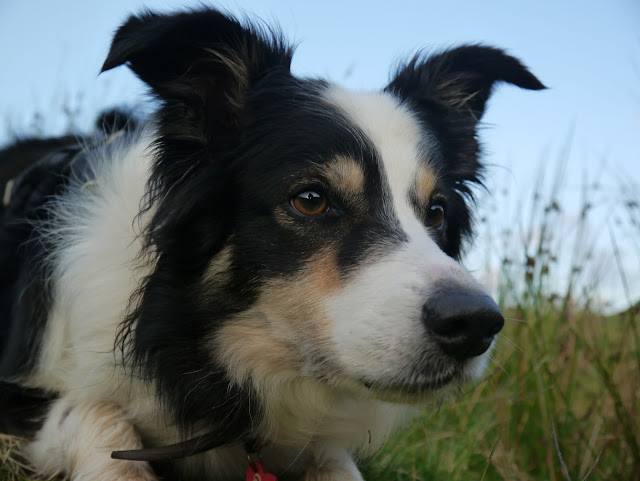 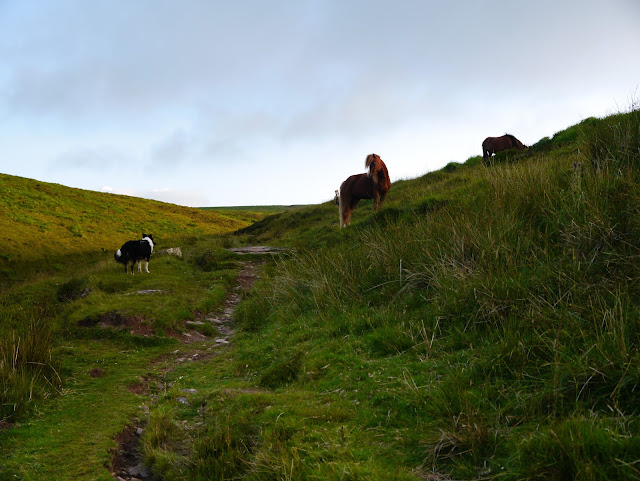 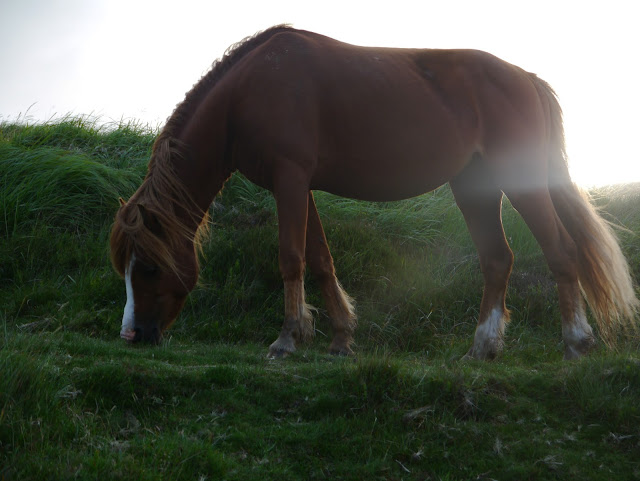