﻿
Peeling back the frost covered tent door to reveal clear blue skies, I knew the day ahead would be a good one and so it proved. Surprisingly this was my first visit to Wasdale and my first ascent of Great Gable; I doubt I could have picked a better day even if I had tried.
After a quick breakfast of instant porridge soaked down with a nice warming hot chocolate, both courtesy of Aldi, great value and decent quality can’t go wrong really, we set off.
We briefly stopped to look inside St Olaf Church which is claimed to be one of the smallest churches in England and I have to say it was a cute little church, complete with stained glass window. 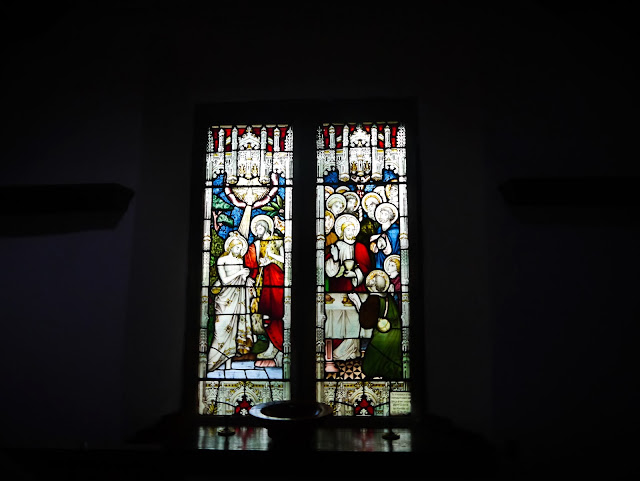 Continuing along with the sun now starting to hit the top of Great Gable we crossed a bridge over Lingmell Beck and proceeded with the ascent up Great Gable from the South west path up Gavel Neese. Naturally the higher we went the better the views back down to Wast Water. We then peeled off the path to go and do some gentle scrambling but with the height gain the rocks became slippier so we abandoned that idea however whilst doing this we had a fly past from a fighter jet which flew beneath us in the valley (sadly too quick for the camera) and then a helicopter hovering around the summit of Scafell Pike before making its way over the Great Gable and our position. Before heading round the arête to a safer ascent, we sat and admired the view and the peace and quiet; it really was bliss just sitting there in total silence taking it all in. Cracking on we were now well and truly in the snow line and the final push up to the summit required a few steps to be kicked in.

The 360° view from the top was fantastic, really was one the best I’ve seen, snow topped peaks all-round. I was very happy to just sit there drinking my cuppa soup soaking it all in.  After a good 45mins we reluctantly started our descent down to Sty Head, this was where we met the first people of the day, we got down there at about 1:30/2:00 and as we sat next to the tarn we thought it was too early to head back so we decided to make our way down Styhead Gill to Stockley Bridge before coming back up Grains Gill past Sprinkling Tarn. The light was fading fast as we descended down Bursting Knott and head torches where required for the final bit back to the campsite and the prospect of a warm shower followed by a burger the size of Belgium and local ‘Yewbarrow’ Ale………….. Champion!! 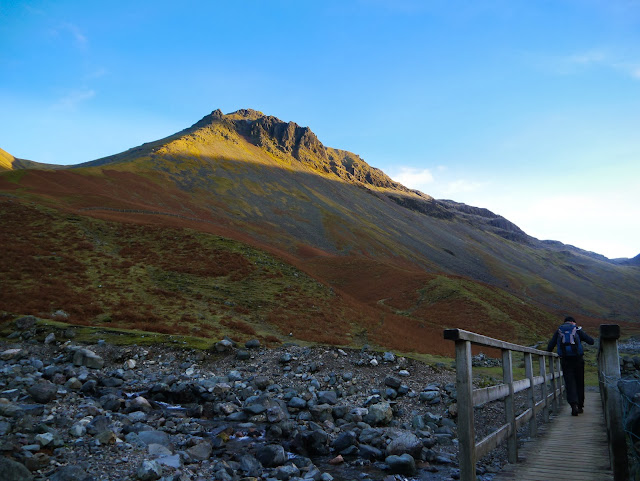 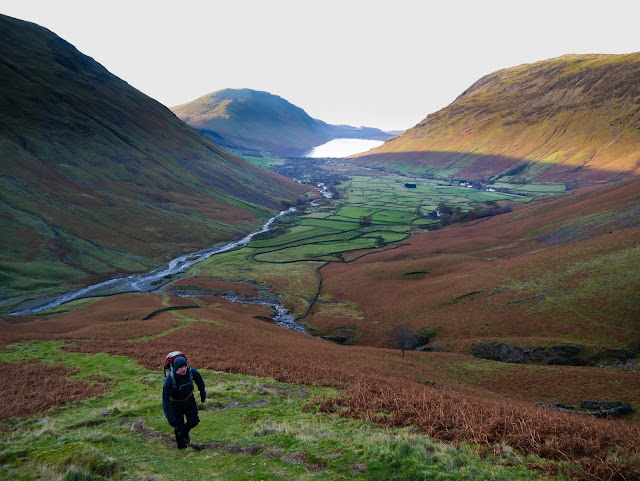 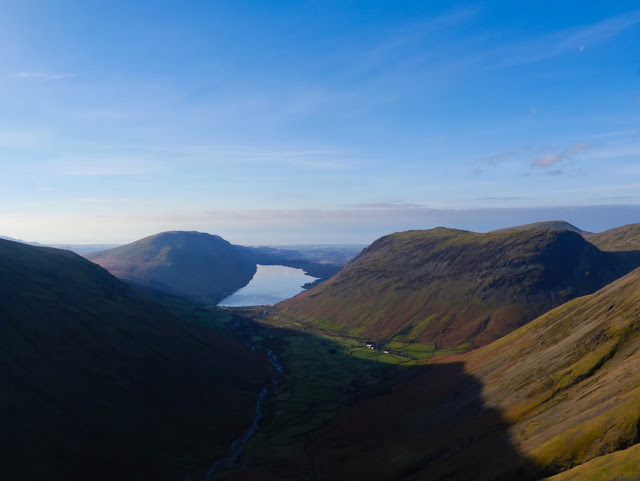 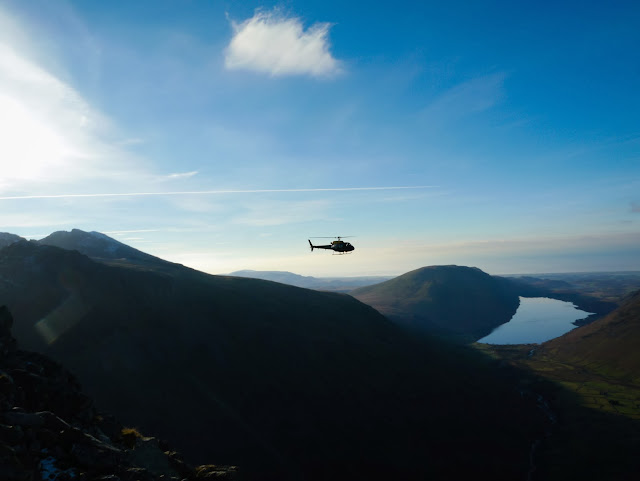 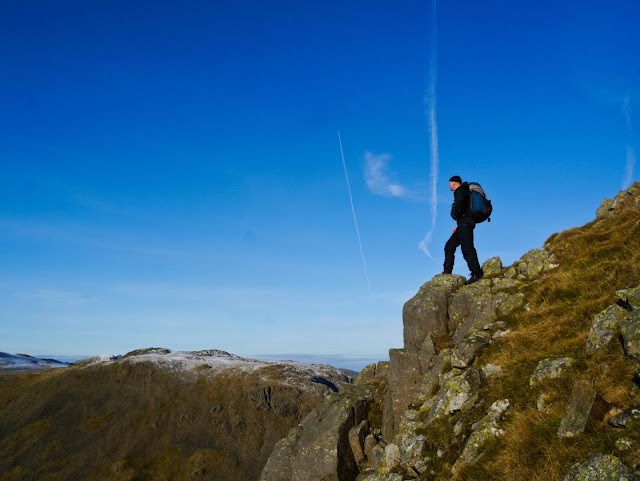 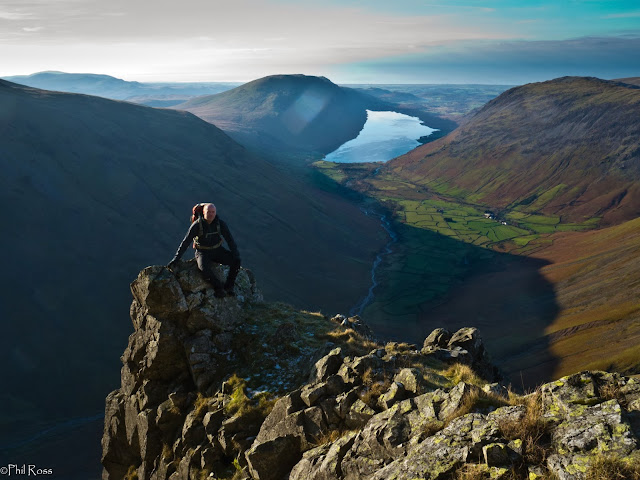 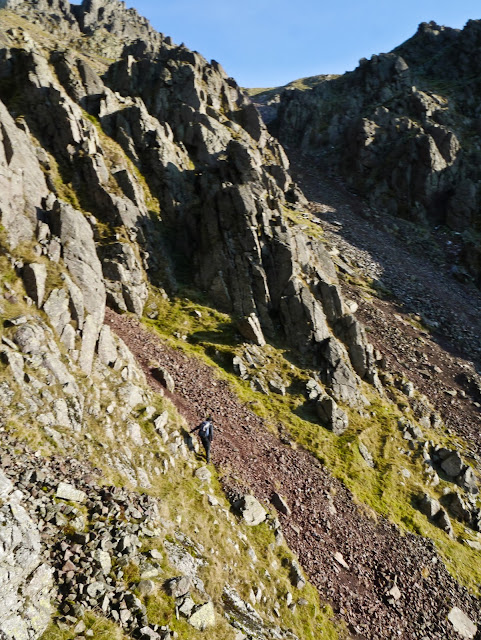 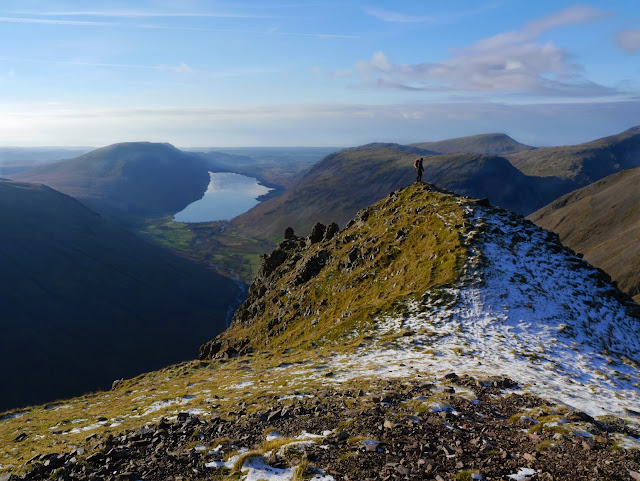 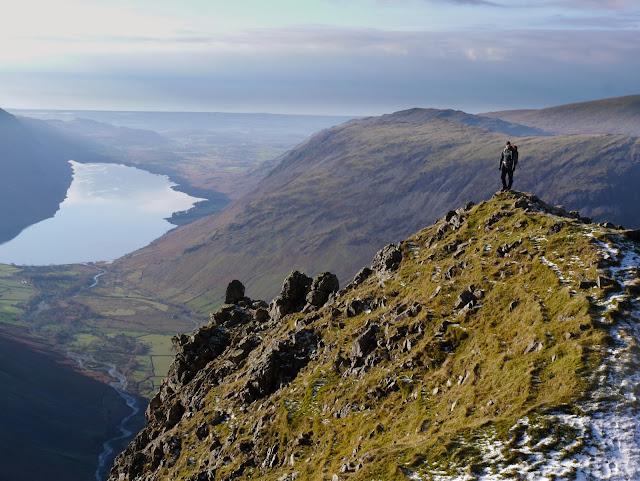 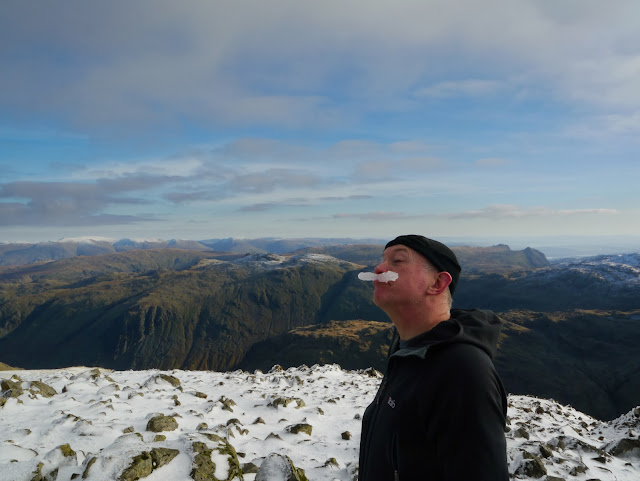 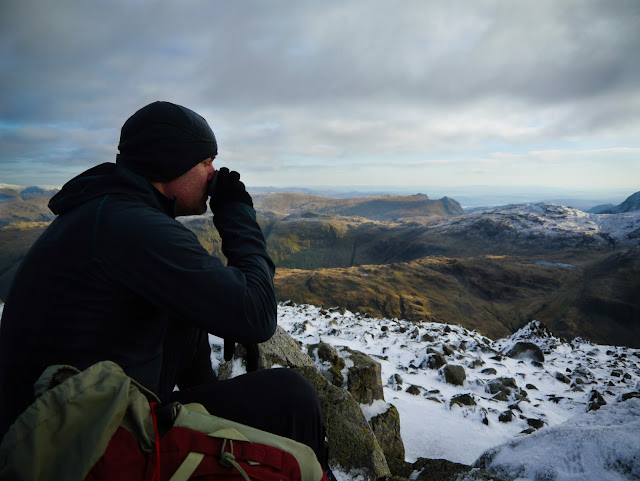 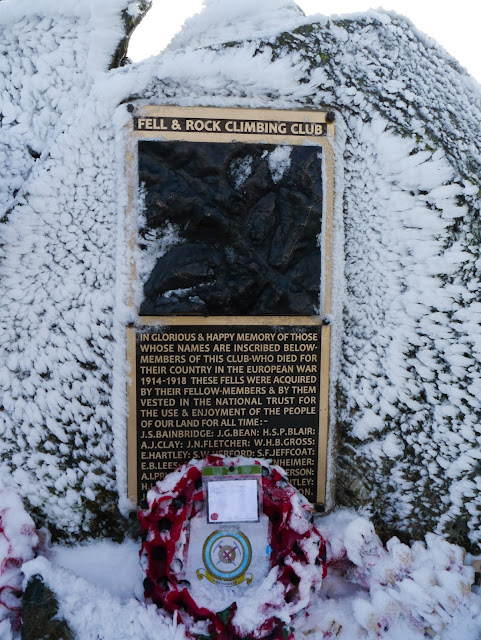 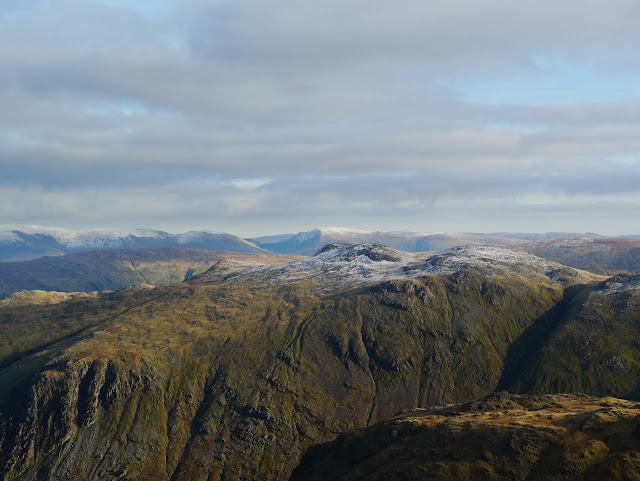 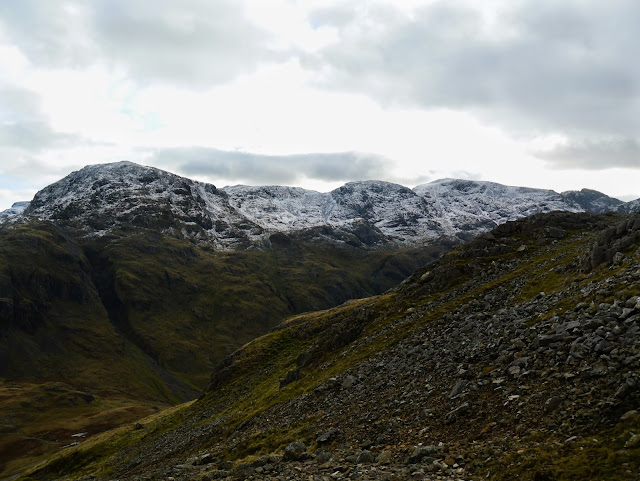 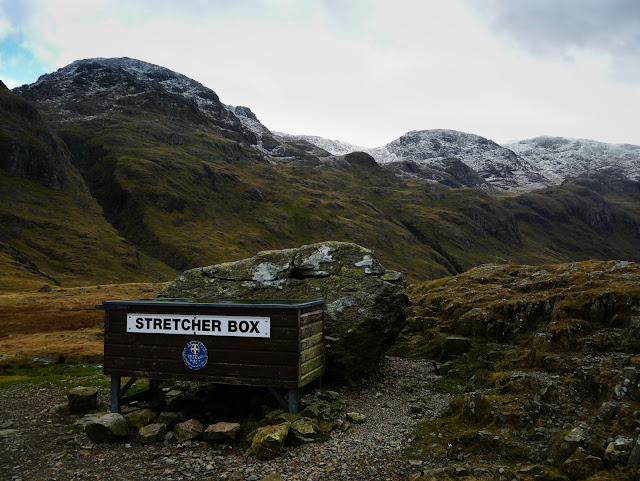 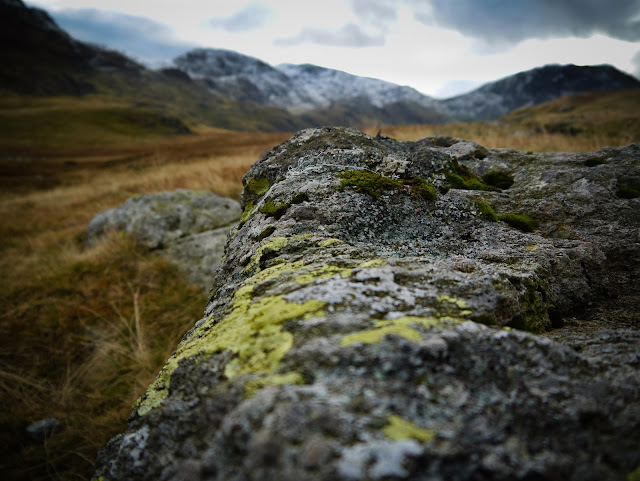 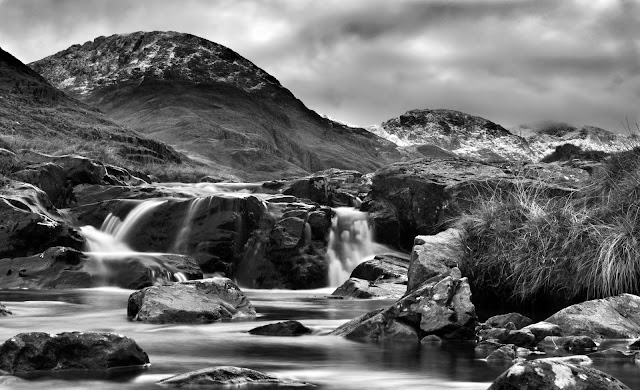 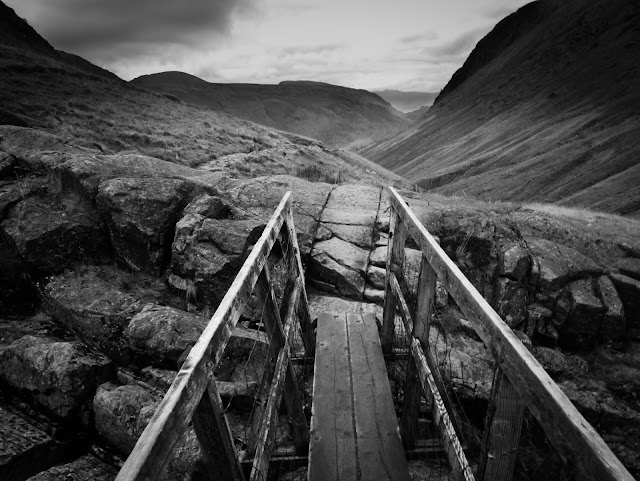 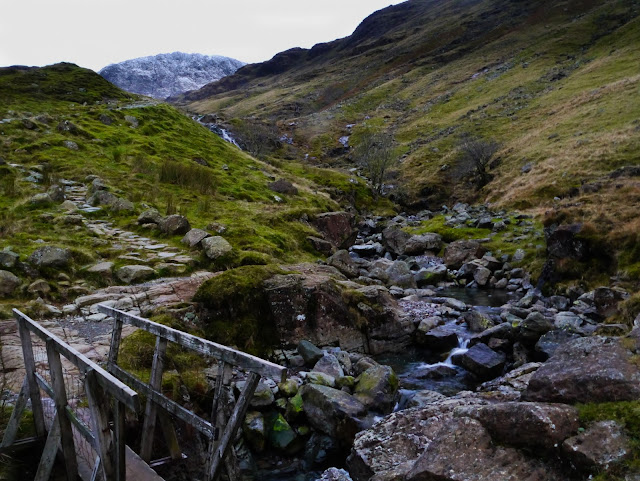 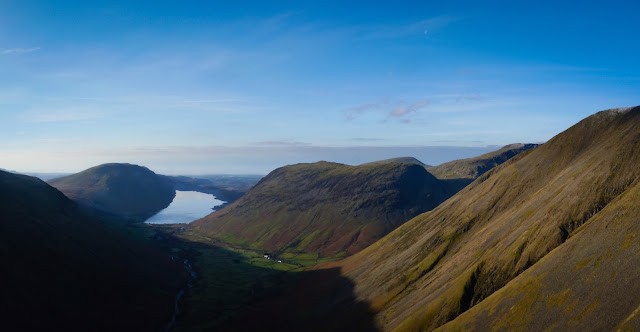 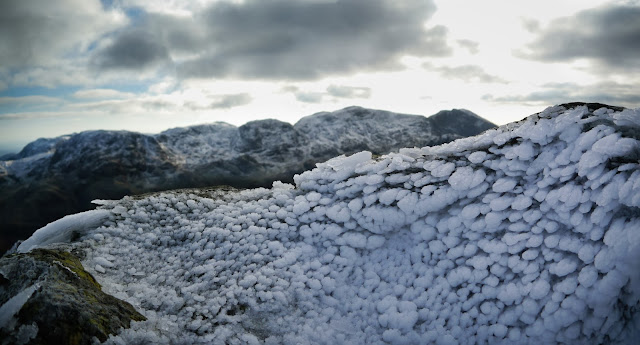 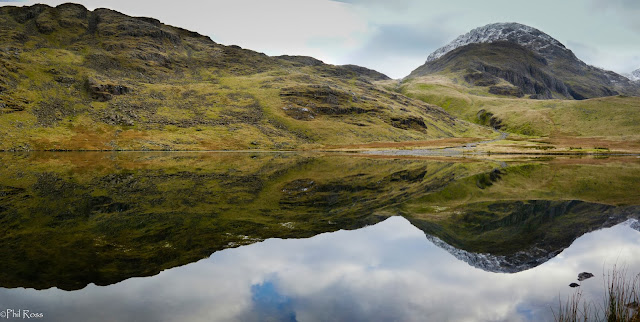