It has been a while since I last went out in the hills but on Sunday myself and three mates, Mitch, Richard and Ryan managed to head over to the Brecon Beacons for a day trip and a walk around Forest Fawr including the summit of Fan Fawr. The weather in general was claggy and wet to say the least. Nevertheless it was still a superb walk and we managed to combine this with some navigation skills for Ryan who was keen to learn, in fact the weather and terrain was perfect for this.


During the whole walk we saw absolutely no one else, zero people. I was expecting this to be quiet but to see no one during the whole day out on the hills was a surprise and indeed a rare event. 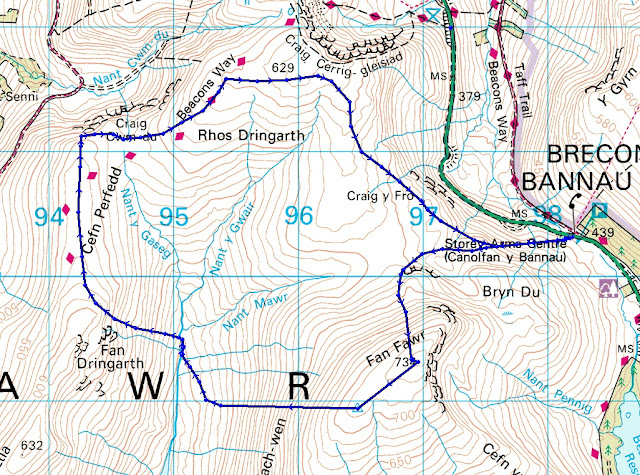 We parked at Storey Arms which had a few cars there however they were all heading up to Corn Du and Pen Y Fan. We headed out in the opposite direction up towards Fan Fawr. Walking across trackless terrain and using various navigation methods to hit our target of an old ruined stone building, marked on a 1:25 map. 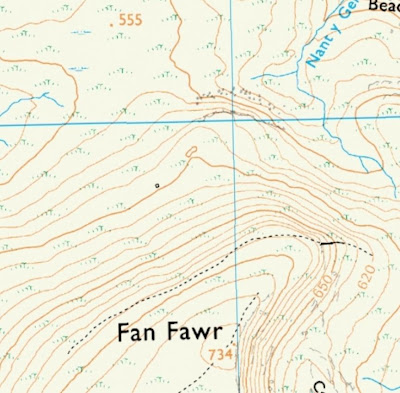 From here we headed straight up (and it literally was straight up) to the Summit at 734m. Then over to the trig point (715m) before dropping down into the valley beyond. Whilst descending Fan Fawr the clouds briefly parted which gave some great sweeping views of the valley down towards Ystradfellte Reservoir and up onto Fan Llia and Fan Dringarth beyond. We reached the Afon Dringarth and walked upstream to find a suitable place to cross, once across safely we stopped for refreshments. When suitably refreshed we headed up the slopes of Fan Dringarth. Once on the wide ridge we picked up and followed the Beacons Way till we reached Craig Cwm-du, briefly stopping to admire the views northwards.
Continuing on the Beacons Way until we reached a pile of stones at this point we decided to go ‘off path’ again, and cut the corner till we reached the edge of Craig y Fro picking up the path again and then following this back to the Storey Arms car park. 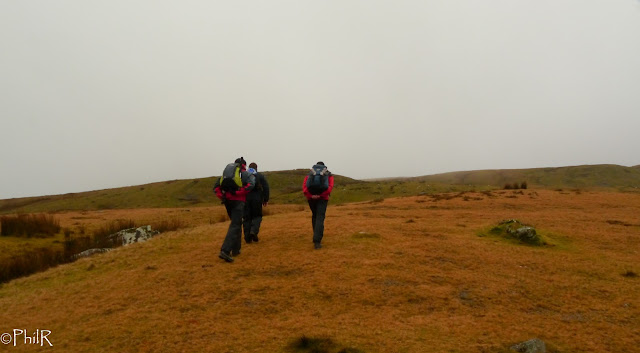 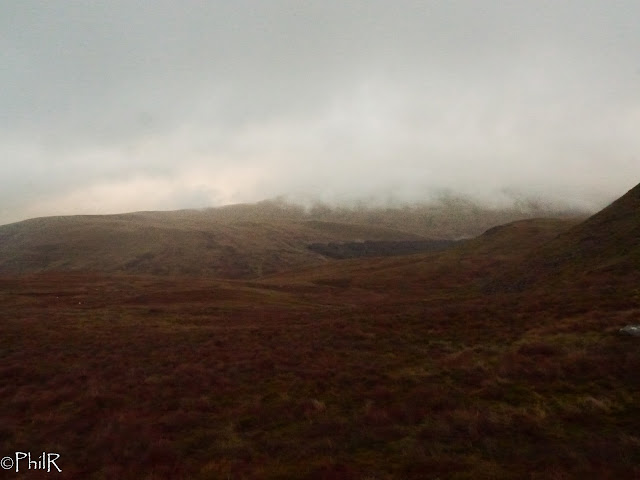 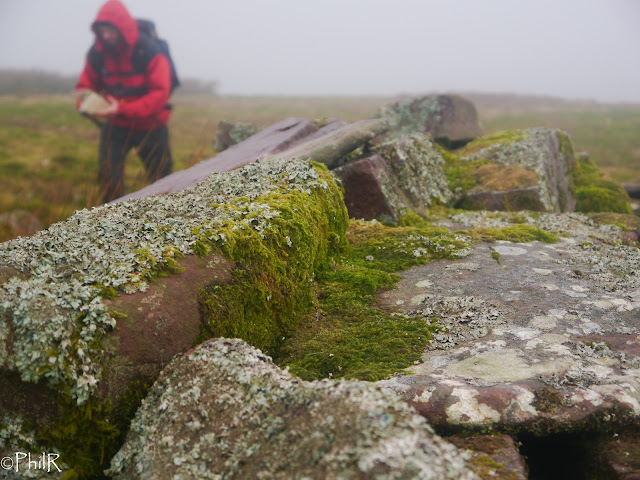 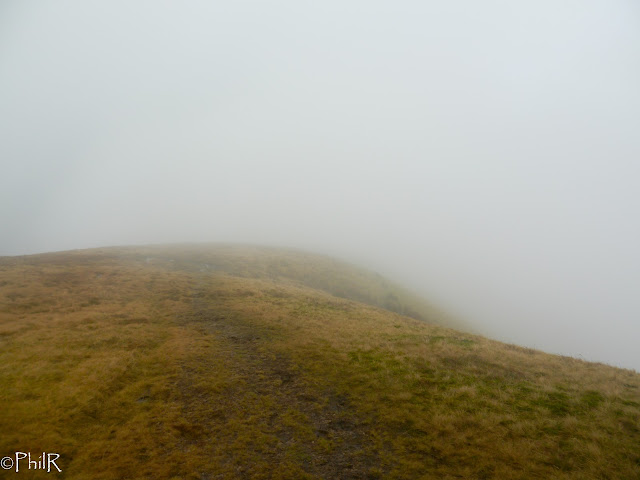 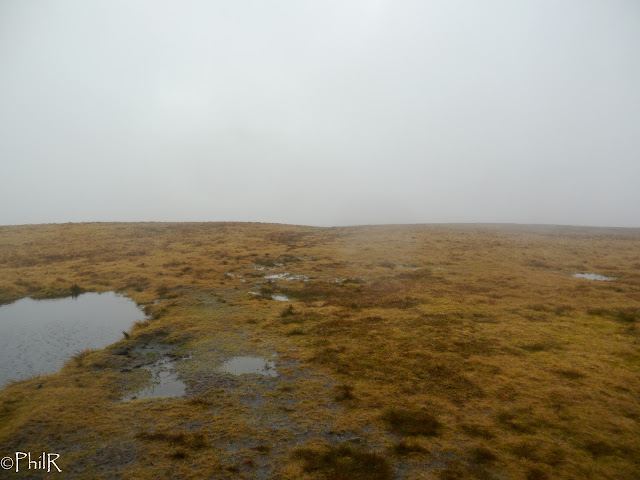 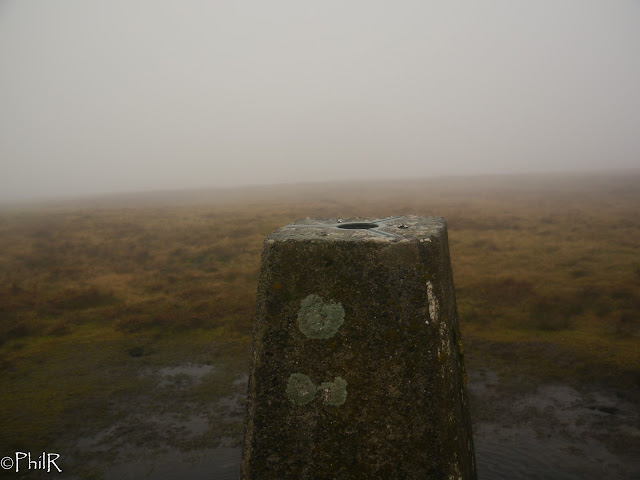 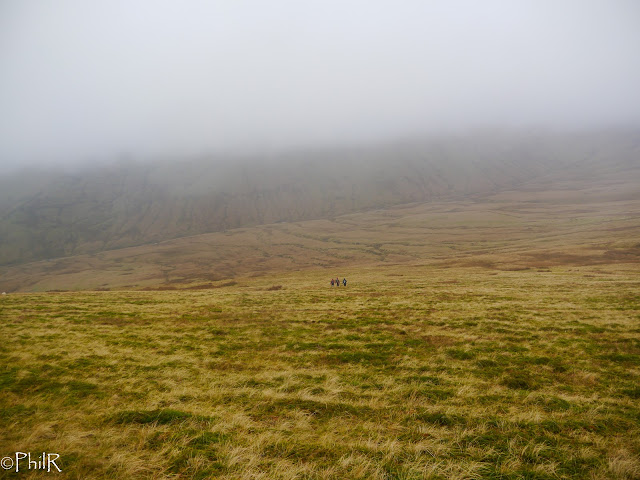 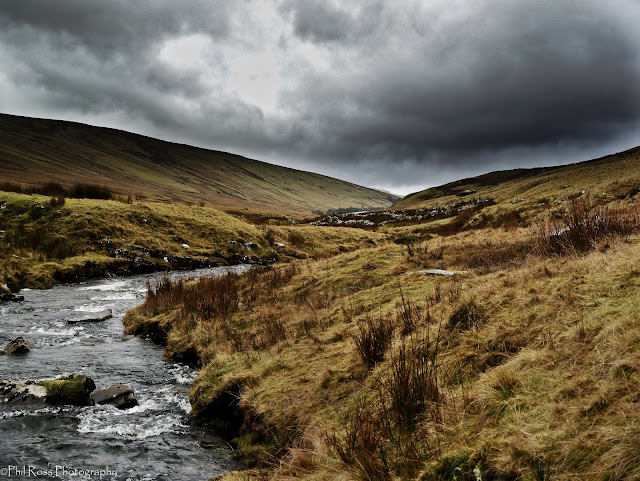 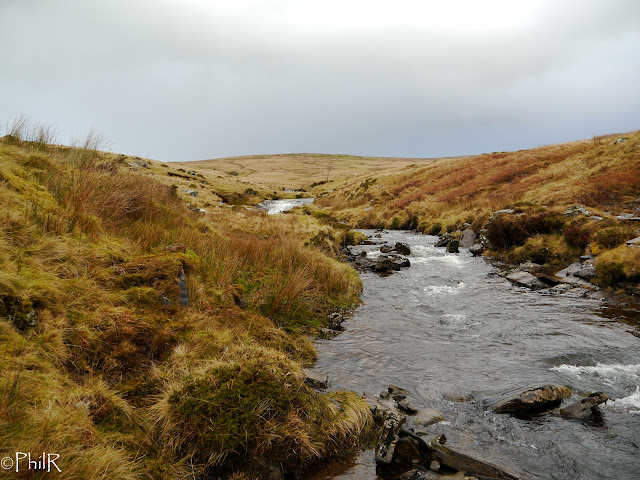 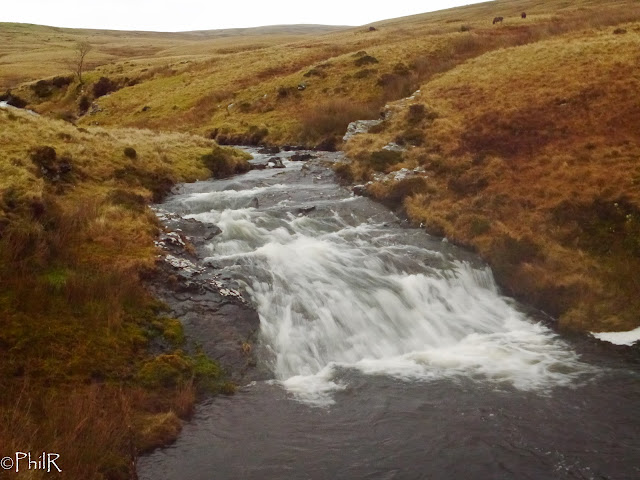 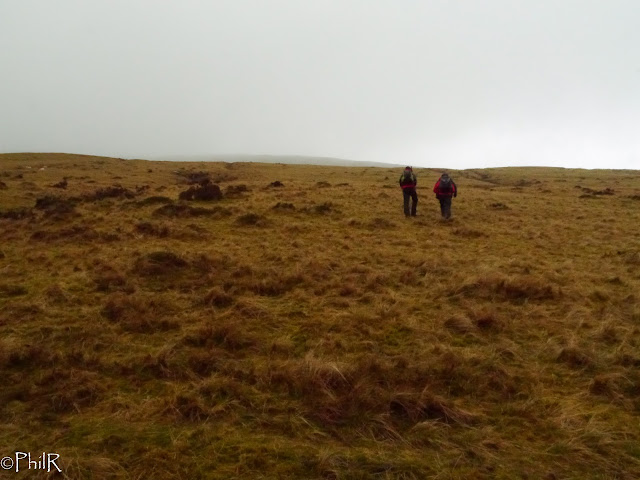 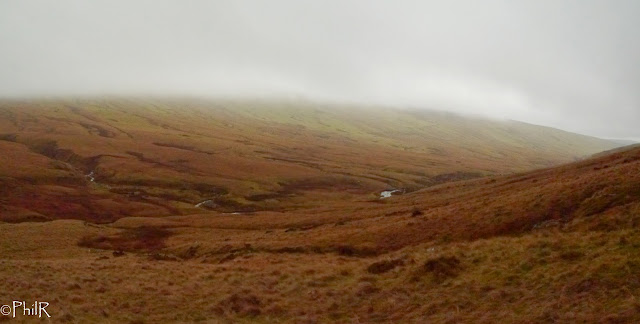 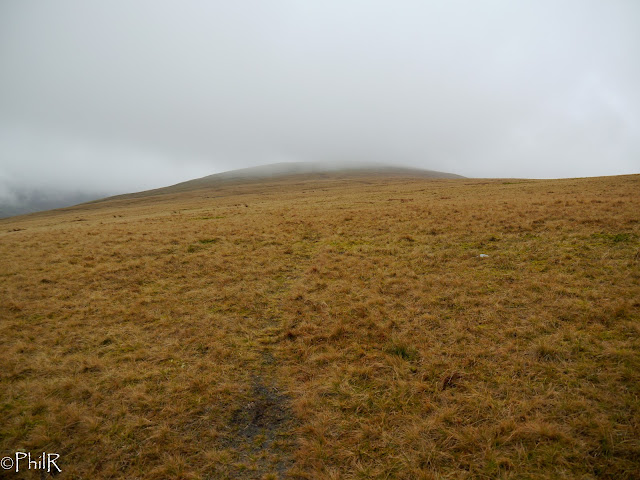 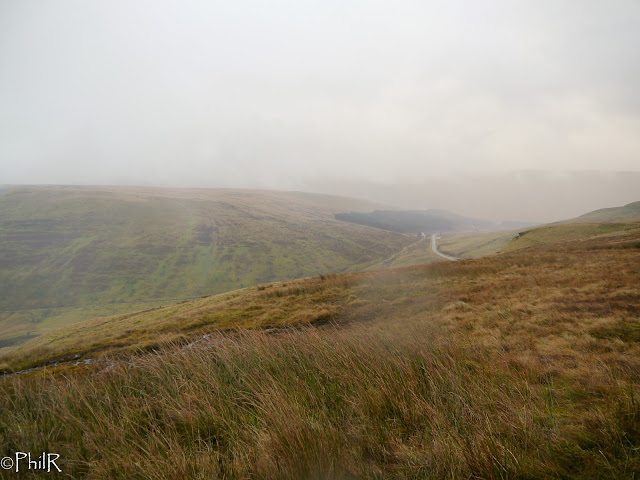