This would not only be our first Munro but our first Scottish mountain. We have been halfway up the Ben before but had to abandon it due to poor weather so with a beautiful clear day we had nothing to stop us this time. Parking the car in the car park next to the Coire MhicNobaill we set off following the river for nearly 2km before crossing a bridge to head for the steep ascent up to the Horns of Alligin. Just after the horns we sat down for one of our numerous breaks when some walked past us who I knew, we had a quick chat. But it did make me think it is a small world. We continued slowly up onto Sgurr Mor and due to the clear skies where greeted with some fantastic views all round we had another refreshment break before heading down past the large gash and onwards towards Tom na Gruagaich, where again the views where superb and yet another refreshment break before heading down the steep steps along side the Coire nan Laogh and back to the car park very weary due to the heat. 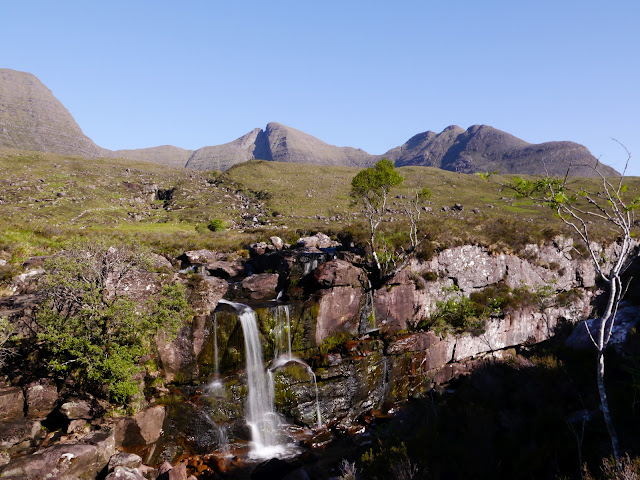 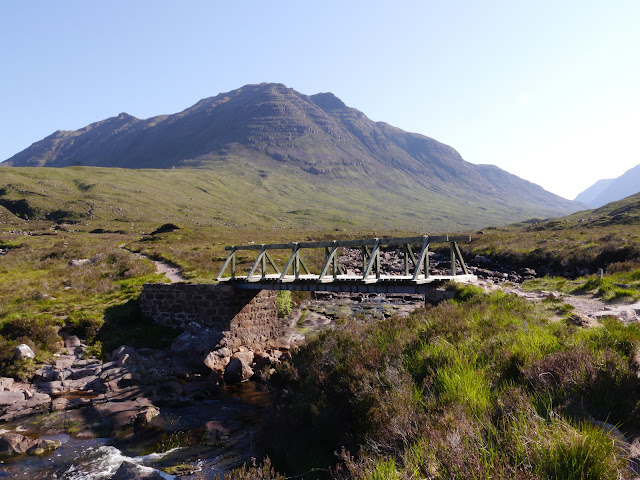 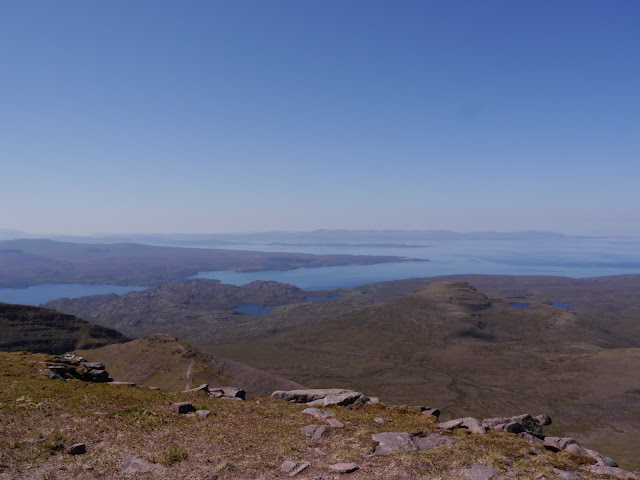 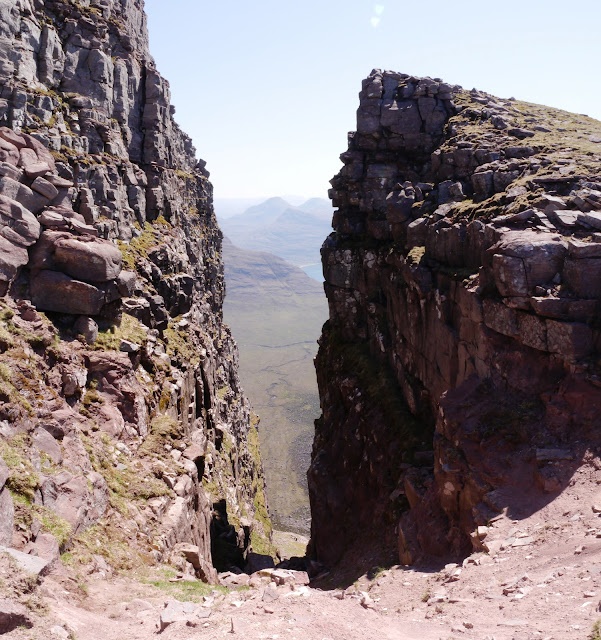 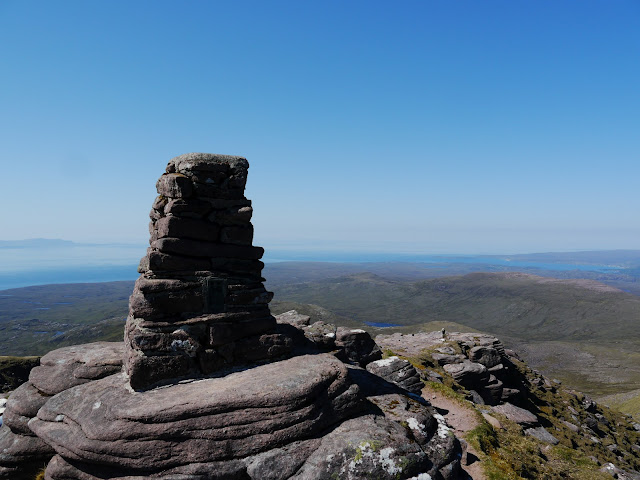 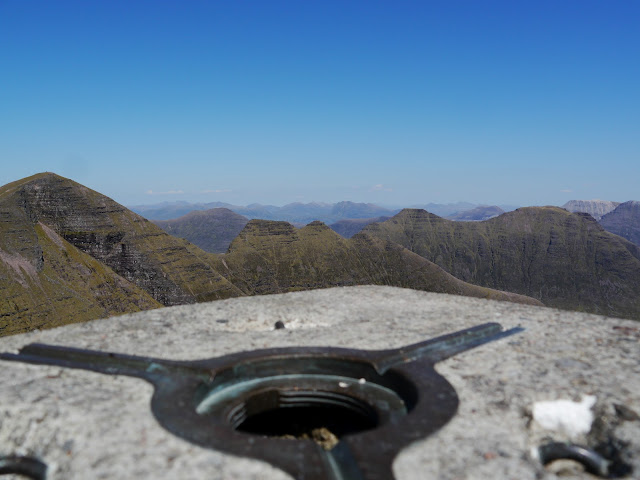 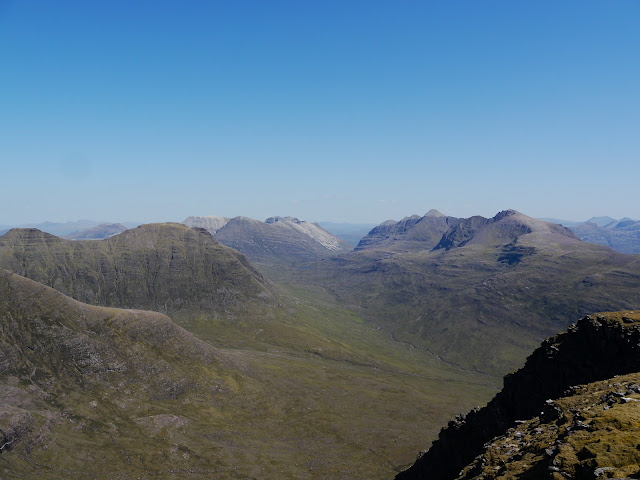 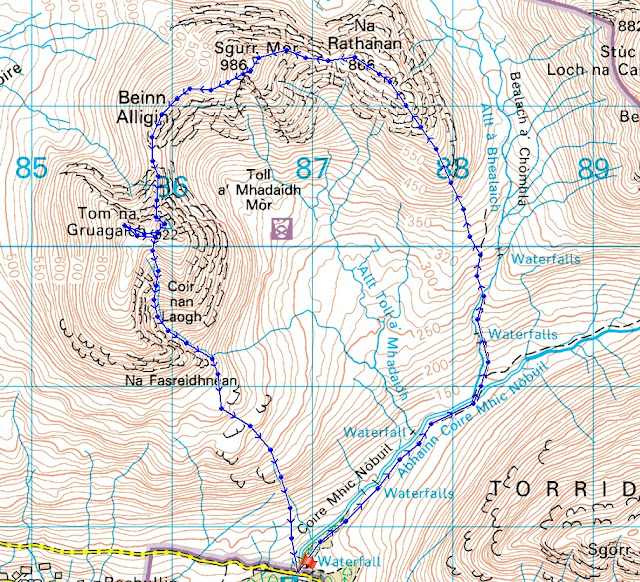