“Let’s go for a wildcamp”

“Let’s go for a wildcamp”. These where the words that I was greeted with when my wife Alison got back home from work on Friday evening, I’m not one to turn down an offer like that. We where due to go for a walk up Cadair Idris on Sunday anyway so it was an easy decision, we decided we would not change these plans. A camp by Llyn Cau on Saturday night it was. 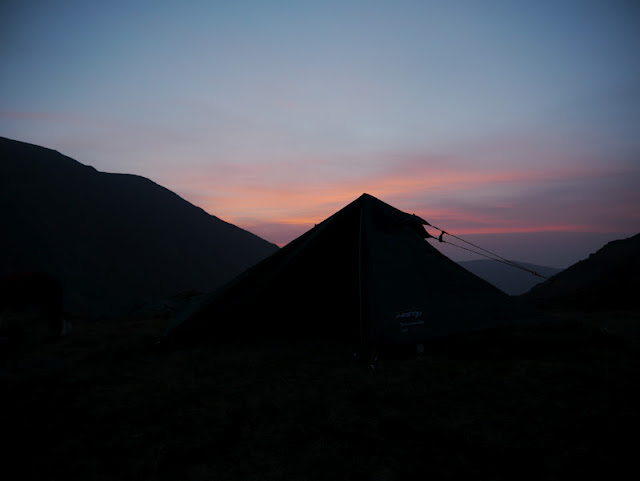 Almost exactly one year ago (18/3/11) was I last went up Cadair Idris, I also camped by Llyn Cau that evening, the photos etc from that trip can be seen here.

We planned to set off at 2pm but as it happened Saturday morning turned out to be really hectic, I had promised I would take my mum shopping and Alison had a lunch appointment with some friends, so after plenty of rushing around, dropping the kids off at Grandma’s and a perfectly timed visit from a kitchen fitter just as we where stepping out the door we eventually set off at 3pm one hour later than planned. Luckily the roads where quiet and clear which meant we arrived at Minffordd car park still in the daylight. Wasting no time we kitted up and set off, getting strange looks from people we passed who where walking in the opposite direction, back to the car park. 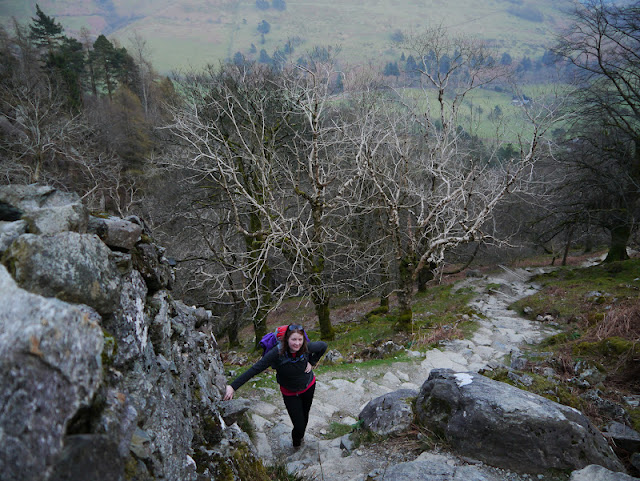 I had pre warned Alison that the walk up through the forest was steep right from the start and so it proved as a brisk walk up the steps really got the heart and lungs working. Gaining height pretty quickly we where soon out the forest and Cwm Cau started to come into view. The walk from the top of the forest to the Llyn is longer than you think but we eventually arrived and picked our spot in the fading light, perfect timing, but then I would say that. More likely thank god there was no traffic to hold us up.

It was a really clear night and with no light pollution the amount of stars in the sky was mind blowing, a fantastic sight. Jupiter in clear view also Orion, I had my new camera with me but couldn’t get any pictures of them, try as I might. I put it on starry sky setting, but it just wouldn’t take the picture. It couldn’t seem to focus on anything. I tried messing around with the settings but to no avail, really gutted about that as it truly was a fantastic sight. I must look at doing an outdoor photography course as I really need to get a better understanding of the settings on the camera. Having since spoken to someone in the know, I think it must be the fact I had auto focus set, so it couldn’t focus on the stars, will try manual focus next time, fingers crossed.

Dinner consisted of my usual Look What We Found meal pouches, Alison having Beef and Basil Meatballs and me Pork & Chicken pepperpot, which was as the name suggests peppery. After this we settled down in the tent, I have a small Vango Banshee 200, which I got a while ago. For the money I forked out on it (£59) I can’t fault it, although I would like to upgrade this to something like a Terra Nova Photon, I just can’t justify it at the moment as the Banshee is still going strong. Anyway Alison now starting to feel a little bit cold, snuggled down in my Rab ascent 500 down bag still wearing my Rab Photon insulated jacket, on my Neo air mattress. Me next, in I went on a cut in half cheap foam mat, usually used by my dog, and an old sleeping bag, I started to do the zip up then all of a sudden it just came off in my hands, so in the end I had to use it like a duvet, next in the tent was our dog Megan who curled up next to me and fell asleep almost straight away. Thus followed a cold and uncomfortable nights sleep. Well when I say sleep more like occasional drifting off. Gods knows what time it was when Alison asked if I was cold, my answer was “No, I’m fine” – the real answer was “Yes, I’m bloody freezing”.

The first light of morning was a welcome sight, and Megan decided this was now time to get up and proceeded in licking us until we did just that. We looked at the watch and it was 5:20am but as the clocks went forward it was actually 6:20am. It was barley light when we got out the tent; I set the jet boil going for our morning porridge, and wandered around taking pictures. 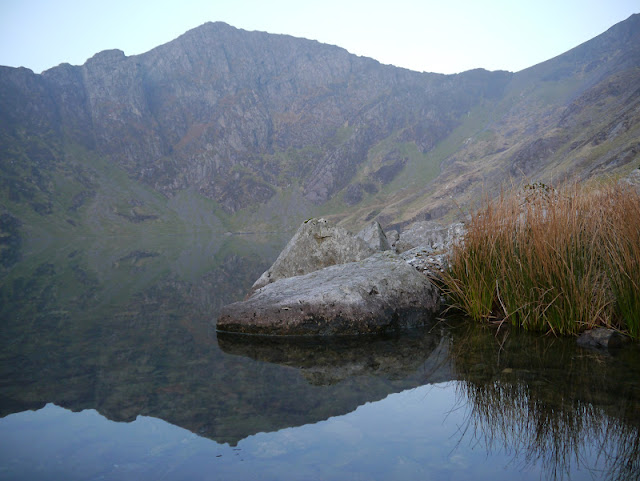 Once we had breakfast we packed up and set off round the Lyn to head up to Craig Cau, I like this route up Cadair Idris standing at the foot of the basin is an awesome sight, especially early in the morning with the sun beating down directly into the basin from the East. The route up follows a loose scree path and you gain height rapidly, with the top section before you come out on Craig Cau being an enjoyable and easy scramble. 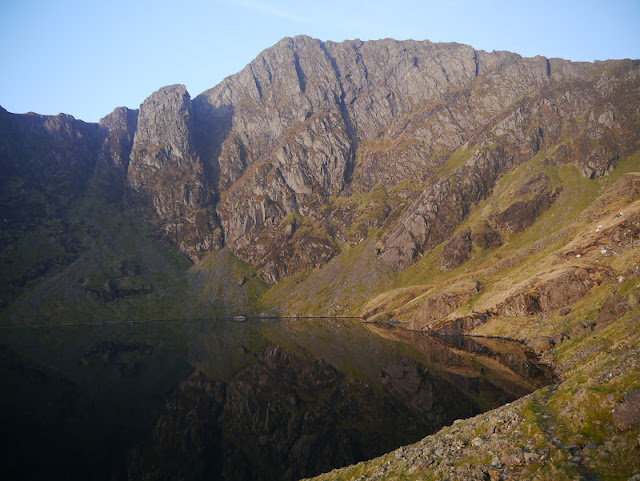 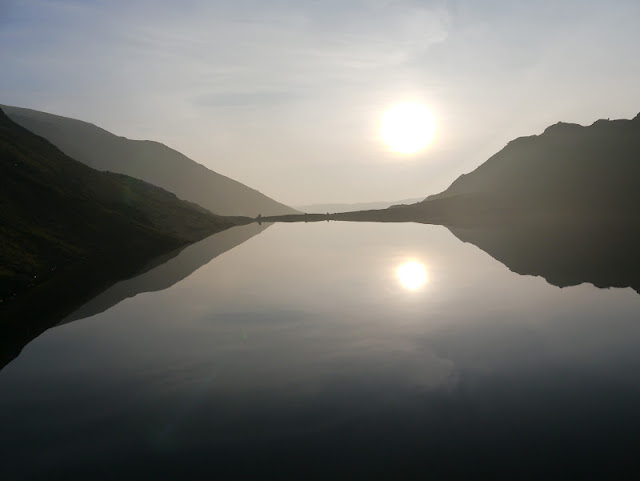 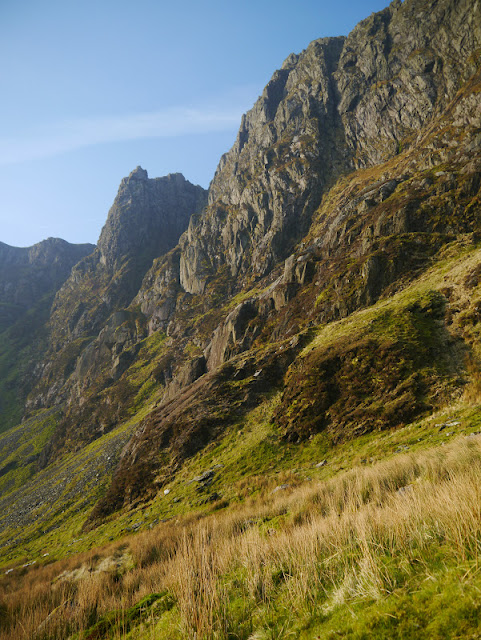 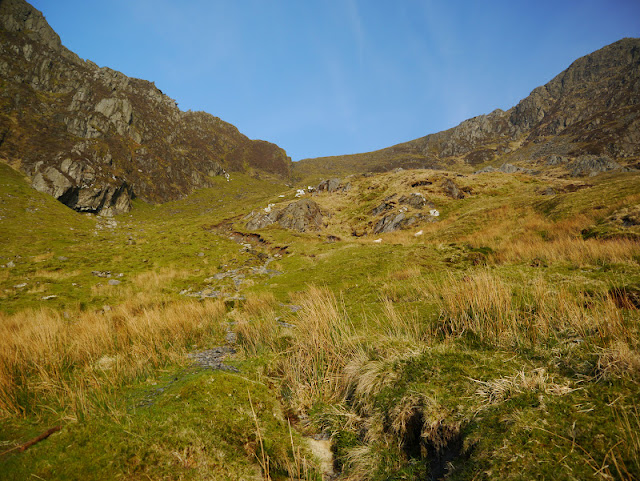 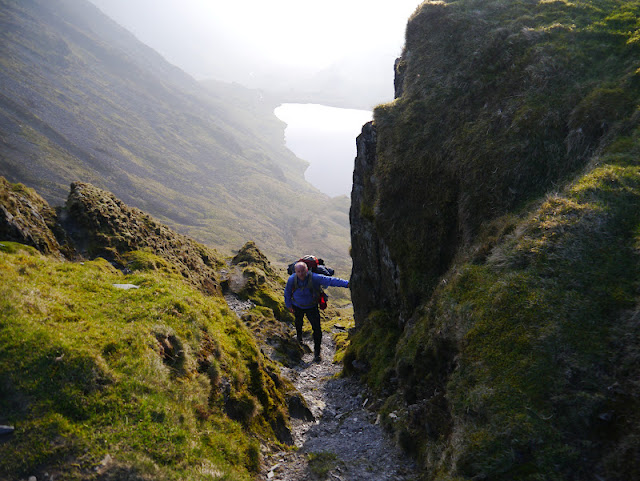 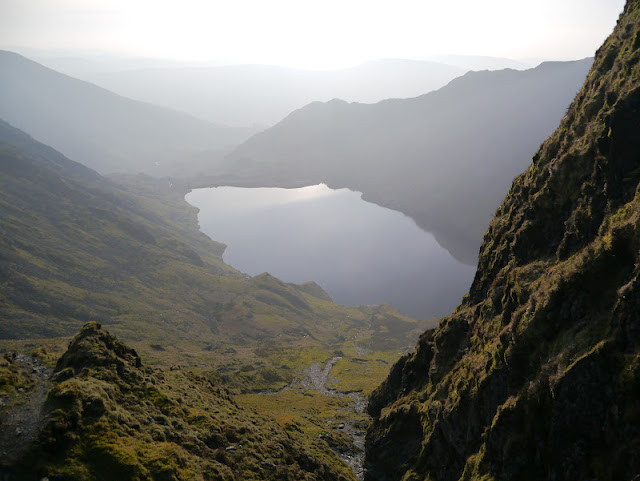 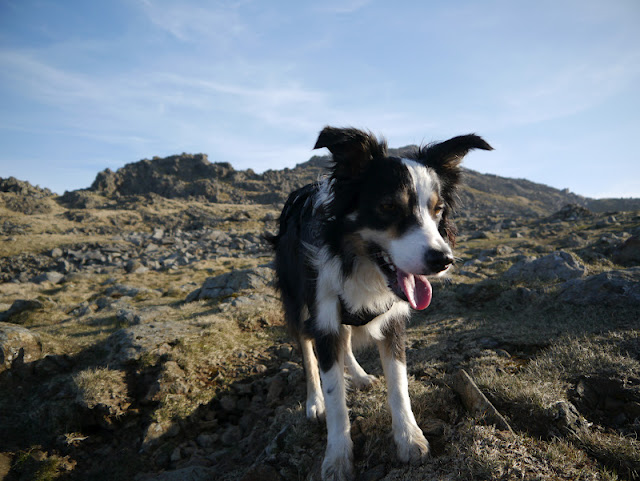 We rested for a while before pushing on for the trig point on Penygadair. Although it was a sunny morning the visibility was hazy and from the top you could just about make out the beach down in Barmouth and to the east the peaks of the Aran’s poking out the top of the haze. We stayed for a short while sitting on the bench outside the shelter enjoying the peace and quiet.

Eventually we set off to make our way back down. We didn’t go up on Mynydd Moel instead cutting across to follow the path in front of it, this gave us some fantastic views back in the Cwm Cau much like the famous oil painting by Richard Wilson from 1774. 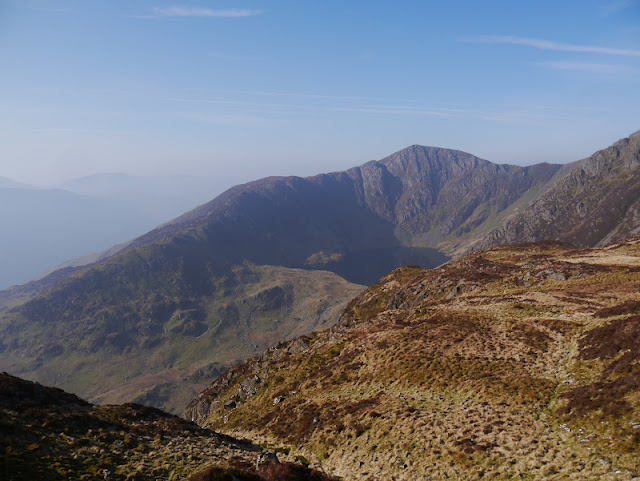 We went over the stile to head gingerly down the loose path which ultimately eases into man made steps which are a godsend as neither of us liked coming down this section, we even met a couple coming up this way deliberately to avoid coming down this route. Anyway once on the steps it didn’t take long before we where crossing the stone bridge and heading down through the forest back to the car.

A spur of the moment wildcamp inspired by my wife, really enjoyable albeit a rough nights sleep.
Posted by me at 13:13