As I spent a good deal of my childhood living in I have always felt a connection to this national trail and in the summer of 2008 my wife and I where lucky enough to complete it. The 84 mile trail starts in the east at Segedunum Roman Fort in Wallsend on Tyne following the River Tyne through the city of Newcastle onto farm land in Tynedale, the middle segment is famously dominated by the Whin Sill escarpment before gradually descending back to farm land in Cumbria and the city of Carlisle the final section being the flat salt marshes of the Solway Estuary. There is a Summer Passport running between May and October where walkers can use this Passport to collect seven stamps from stamping stations along the route to prove that they have walked the Trail. There's an exclusive Completion Badge & Certificate once you've collected all seven stamps.

We stayed at a lovely B&B in Gilsland called Brookside Villa as they offer a superb trail walkers package. They will pick you up and drop you off however far you get along the route. We opted for their fully inclusive package this included an evening meal which was first class and a packed lunch for the days walk. Also cleaning and drying our kit for us ready for the next day. I can not fault the service they provided, which ensured we enjoyed a hassle free few days on the trail. I would fully recommend villa to anyone wanting to do this long distance path.

A brief decription of the trail:

Day1 – Wallsend to Heddon-on-the-Wall
After collecting the 1st stamp at Segedunum Roman Fort we set off. This was for the most part a pleasant walk along predominantly tarmac paths following the River Tyne through , passing the in the heart of the city. Once out of the path goes through , and finishing with a small ascent up to Heddon. 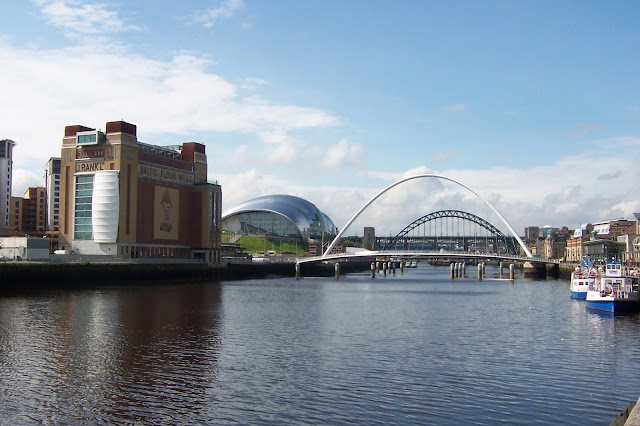 Day2 – Heddon-on-the-Wall to Chollerford
Open farm land dominated day 2, with most of it being very wet under foot, a couple of farms had some very inquisitive cows (Care must be taken especially if you have a dog). The Robin Hood Inn at provided a good rest and refreshment stop; it also has the 2nd passport stamp station. Just before we reached Chollerford we saw a section of the original wall & immediately after crossing the bridge in Chollerford there is a Café which was a good point to stop and call it a day. 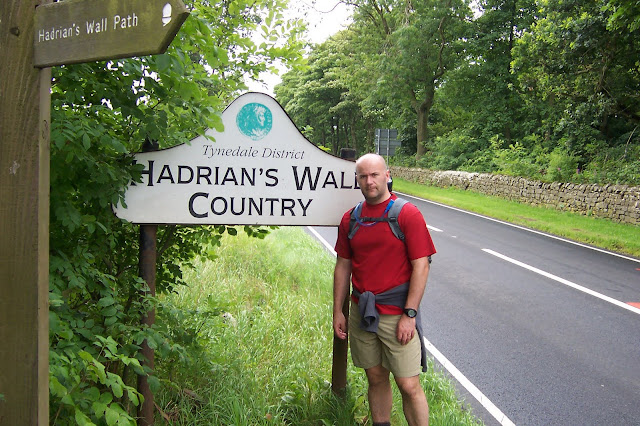 ﻿
﻿
﻿ Day3 – Chollerford to Once Brewed
Within the first half mile was ’s fort, a main Roman garrison built to guard a bridge across the and is worth a visit if time allows. From here it was a steady climb up hill, and it was not too long before the path left the roadside and the terrain turned into the more classic country, with the start of the escarpment dropping down to the north. We had a quick look round Housesteads Roman Fort whilst collecting the 3rd Stamp for the passport. Continuing on we passed the famous landmark of Sycamore Gap and then called it a day at the view point car park near Once Brewed. 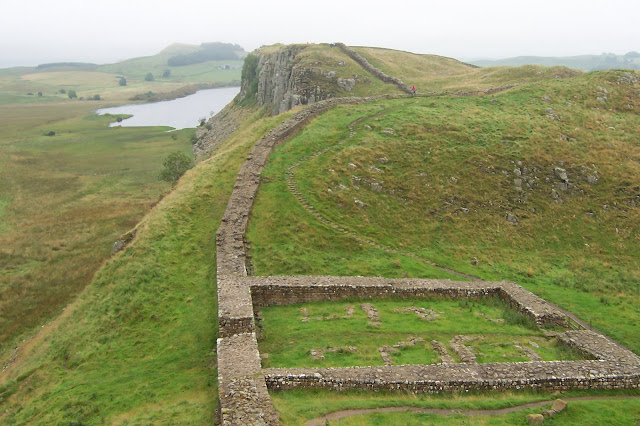 Day4 – Once Brewed to Banks
Within a kilometre of the car park we reached the highest point of the whole trail 345m on Windshield Crags, we descended past a disused quarry and then through some farm land and onto Walltown Crags where a well preserved original section of the wall overlooks the quarry, this was a good place to stop for a rest. We then went through Thirwall passing close to the castle and continued through farm land onto Gilsland which was our base. After Gilsland the path then crossed the River Irthing and up to Birdoswald Fort. We collected out 4th passport stamp and continued; from here it was now a straight forward walk along to the car park near Banks. 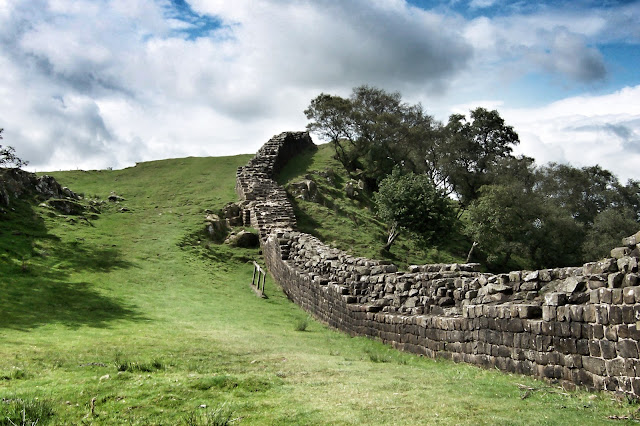 Day5 – Banks to
From the of the path gradually descends back into open farm land much like day 2, passing through the of and close to airport, after which it follows the river Irthing for a short section before going over the M6 near Linstock. Upon reaching the outskirts of the trail picked up and followed the river again until we reached Sands Sports centre and our penultimate passport stamp.
﻿
﻿
﻿ Day6 – to Bowness-on-Solway
The final day starts with a walk along the river through Carlisle passing Carlisle Castle, once out of Carlisle the path leaves the river passing through the villages of Beaumont and Burgh by Sands, it then picks up and follows the long straight road across the salt marshes to Bowness on Solway, where the final stamp was collected at the Kings Arms Inn, Having a full passport we collected our completion badge and certificate.
﻿
﻿
﻿ ﻿The best 2 days where certainly the middle 2 days, this was over the classic country and we really enjoyed this section. I’m very pleased I completed this LDP and certainly feel a sense of achievement in walking from the east coast to the west coast of whilst admiring the history and the sheer scale of the wall as well as the engineering involved in building it.